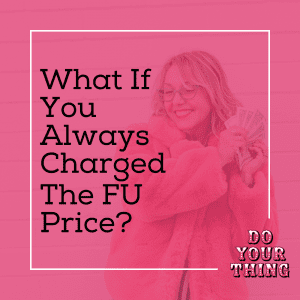 I don’t want to assume you know what I’m talking about, so let me ‘splain: the FU price is the price you charge someone you really don’t want to work with for work you don’t really want to do. Some people refer to this as the Asshole Tax, an upcharge on your regular price that makes it possible for you to make this deal with this particular devil of a client.

The FU price is designed to offset the anticipated pain of the engagement, sweeten what already feels like a bitter deal.

I’m thinking about this because I was just on the phone with a client who was explaining how they’d been asked by one of /their/ clients to do something they really didn’t want to do. Rather than saying No, they named an outrageous price, an FU price in other words.

What’s funny about the FU price is that you’re probably more-than-half-hoping they’ll say No. That would be kind of a relief. Although just as often, the client says Yes, and then there you are.

Now, in the interest of full disclosure, I’ll admit that I too have done this before. Faced with work that I knew was going to take a lot of my time and energy, and in a situation in which I wasn’t convinced that the potential client really understood the value I was bringing to the table, I set a really high price — yeah, an FU price — on the work I was proposing.

In the case of the client I was speaking with today, their client actually accepted their FU price. Without even batting an eye. No hesitation at all. That’s how bad they wanted the thing they wanted. And that’s actually really good. Because it shows how serious they are about it. And my client? Well, now they’re doing that work that they didn’t really want to do. But since they’re being paid handsomely for it, they don’t mind as much.

In my own case, that time I named an FU price, the client said No and I was genuinely relieved. Because I recognized that actually, what I thought was an FU price was the proper valuation of what I was bringing to the table. That number wasn’t an FU at all. It was right. And what I learned by naming it and being refused, is that that particular client wasn’t right for me.

So I got to wondering: what if we always charged the FU price?

It occurs to me that perhaps the FU price is more accurate than what we come up with when we like the people and the work that’s in front of us and we’re eager for their Yes. It occurs to me that the take-it-or-leave-it attitude we have when we name an FU price — just as happy with a Yes or  No — might be exactly the kind of dispassionate state we should always be in when pricing our work.

Maybe the really good thing about the FU Price is the stretch that it offers, as well as the opportunity to gauge the seriousness of the prospective client.

So why wouldn’t we do that all the time? Why wouldn’t we want to get paid well by clients who are serious enough about what they want and what they’re going to get from us that they’re willing to pay that price?

Why not, indeed, keep pushing the price up until the No’s really begin to outweigh the Yes’s?

What might that begin to mean for our profitability, our pay, our lifestyles?

As a rule, in the work I do with people, the problem is that prices are too low. Very few people are charging too much, since that has a way of correcting itself. Hear No enough and you’ll adapt. But maybe wanting to hear Yes all the time is a problem, and we should approach pricing our services with that FU attitude. Boldly state the value of what we bring to market and price it accordingly. Take it or leave it: the value remains the same.

So what about you? What if you had that FU attitude about your pricing? What could that mean for you, your business, your life? 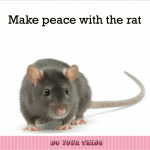 Why Reviewing Your Numbers On the Regular Matters…1. Managing Your Biz Numbers 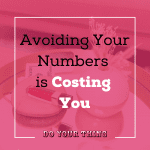 Avoiding Your Numbers is Costing You.1. Managing Your Biz Numbers