Avoiding Your Numbers is Costing You.

Let me share a little secret with you: Avoiding your numbers is holding you back.

Ok, maybe that’s not such a little secret, but still, I think it bears talking about.

In the work I do – bookkeeping, pricing & profit coaching for women small business owners ready to next-level their success – I see this a lot, this avoidance of the numbers. Generally it’s because we have some idea – really, it’s what Jason Goldberg calls an SFM, a simple fundamental misunderstanding – that we’re somehow incapable of mastering the figures, that they’re out of our reach, that we’re just, I don’t know, constitutionally unable to can on this stuff.

The avoidance comes down to simple fear, in my experience. It’s a normal human response, right? We don’t understand something, it makes us feel lacking/stupid, it’s no fun, we don’t enjoy, we turn away. Let’s be clear: while that may be a normal thing to do, something we all do, ain’t nothing says it GOOD for us. 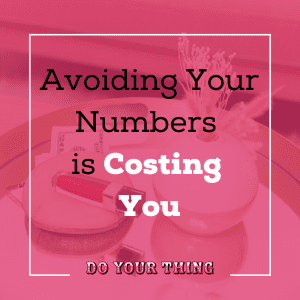 And in our businesses, it often means the difference between surviving and thriving.

You can’t see me, but I’m over here raising my hand, too. And also, raising it to testify: the way through your fear is THROUGH YOUR FEAR. Believe me, I know this. I’ve been through it myself and have coached puh-lenty of others through it, too. It’s totally do-able and you are nothing if not capable. Let me say that better.

You are capable. You got this.

If you’re one of those people who really doesn’t like the numbers in your business, who avoids the totals on the credit card bill, who might turn away on the regular from financial reports, who feels like you just don’t get it & you never will, so why bother, I’ll just keep my head down and focus on other things and deal with all that later, and/or maybe telling yourself right now, I’m a creative, I can’t possibly understand that shizz?

The truth about the avoidance is that it’s costing you MONEY. The way to make more money is to make it your sweetheart, is to LOVE it, and you can’t crush hard on it if you won’t even look at it. Avoidance is also costing you POWER. Confronting your money ish is what allows you to stand tall in your CEO shoes and stomp around big, with your vision and mission and genius front and center for all to see and appreciate and buy and applaud. And bigger than that, that avoidance is costing you precious TIME, time in which you could unfold from that contracted form you’ve been occupying and take up ALL THE ROOM that your particular gifts, skills and genius require & deserve in this world.

If you’re ready to cast off avoidance, if you want to make 2017 better than prior years, join me on Tuesday 2/7 for a one-hour Valentine to your numbers, including my three tips to making yo money ya sweetheart. Seriously. Click right here to register. 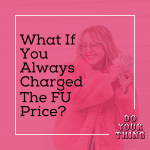 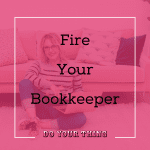 3 Signs of a Bad Bookkeeper & How to Let Them Go and Move On1. Managing Your Biz Numbers