The Problem With Financial Reports

Are you feeling bad that you’re avoiding looking at the reports your numbers-person or numbers-software generates? Are you dreading how these reports make you feel, whether it’s uncomfortable because they’re unclear or confusing or because they’re saying something unpleasant?

First of all: You are so not alone. 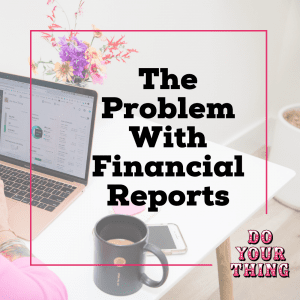 The big problem with most financial reports is that they’re totally disconnected from the reality of your business as you know it. And/or they use words that feel like jargon, or they’re cluttered, or they just add confusion to an area you’re already not feeling confident about.

Which is such a shame, and so very common. Especially if you’re not a bookkeeper or accountant — and let’s face it, that’s probably not what you started your small business to do! — It’s so very common to find yourself in this spot: presented with reports of data that are just so much… Hunh? What?

So when you’re feeling that ick facing your reports, that desire to procrastinate and avoid, that totally makes sense.

What I know as one of those magical accounting people, is that there is so much potential power hiding in those reports, power that’s locked away unless someone hands you the keys.

That Profit & Loss report that’s just so many lines of terminology that baffles you? That report can actually show you what is and what isn’t working in your business. It can help you make decisions about what to invest in, what to walk away from, what to charge more for.

That mysterious Balance Sheet? Holds the answers to why you feel like you’re hustling so hard and yet still not able to pay yourself enough or consistently.

And Cash Flow? That there is some next-level boss shit for real, that allows you to predict and create the future.

Those damn reports should be, could be delivering so much meaning to you. If we can close the gap,  help them better tell the story of what’s happening in your business, then you can use them to see Aha! So that’s why that’s not working or Damn, look at the margin on that program! And that ick-feeling can absolutely give way to something else. Something better.

Something so much better. Power. Unlocked. In your Hands.

If I can help, let me know. 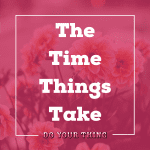